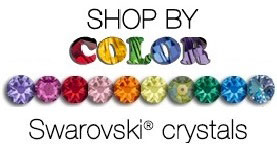 Posted by Har-Man Importing on 12/11/2015 to Fashion & Trends
Share |
There are seed beads in Greenland - Lot's of them and they are very important to their culture. But how did seed beads get there and how did they become an important part of Greenland's traditional garments? Here is a little, albeit simplified, history lesson:

Seed beads first arrived in Greenland from the Europeans who landed there just after the 17th century. Dutch whaling crews and then later, Danish and German merchants brought colorful beads and offered them in exchange for help while whaling, harvesting blubber, and other such work.

Prior to their arrival, the Inuit (Eskimos) who lived in Greenland simply wore clothing that was sewn from the skins and hides of seals, reindeer, fox and polar bears. But when the Europeans arrived, they introduced other materials and fabrics, such as seed beads. Natives to Greenland were able to add these to their traditional styles using intricate embroidery designs and in jewelry. The glass beads gradually become incorporated into the native's dress, particularly for festive attire. Over time it became extremely prestigious to use more and more beads in women's clothing!

Women and men both have traditional styles, most are consistent across the country, but small details, such as the colors can be different. The color differentiation in these garments can also be traced back to the Moravian missionaries (from the Czech Republic) who arrived in Greenland in 1733. And while the Danish Lutheran Church and Moravian missionaries did not overly support "worldly vanities" which included the decoration of clothing, the popularity of using seed beads in folk costumes continued to grow amongst the people of Greenland. The most substantial and most distinctive part of the folk costume is the stringing of glass beads sewn into patterns on the fabric. This includes large floral designs which can be traced back to the area of Moravia in the Czech Republic.

In the present day, you can still find Greenlandic men and women wearing this national costume, specifically on special occasions and at festivals for Christmas, Easter, weddings and other church services. As a form of celebration, children often wear mini versions of the Inuit traditional costume, to their birthday parties and for the first day of school!!

HarMan Importing is based in New York; A long way from Greenland. But we do ship there!

See our vast selection of Czech Seed Beads and let us ship to you today, no matter where in the world you are!